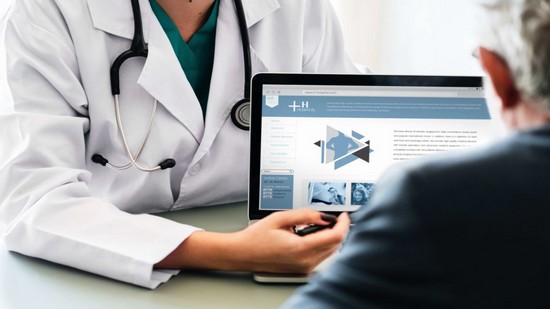 Glioblastoma is an aggressive type of cancer that occurs primarily in the brain and is the most common type of malignant brain tumor among adults. The tumor is predominantly made up of abnormal astrocytic cells, which are infiltrative and invade into nearby regions of the brain. While this type of brain cancer can occur at any age, it is most common in older adults. In order to diagnose glioblastoma, a variety of tests and procedures are performed, including neurological exams, imaging tests, and biopsies. An early and accurate diagnosis of this condition gives treating doctors a better indication of a patient’s prognosis and guides treatment options. Symptoms of glioblastoma typically include the following:

Treatment of glioblastoma often takes the form of surgery, radiation, chemotherapy, or electric field therapy. Overall, the goal of treatment is to slow and control the growth of the tumor and help patients live as comfortably as possible. With standard treatment, the average length of time for living with this disease is approximately 11-15 months following diagnosis.

In recent years, Vietnam Veterans and survivors have been pushing VA to extend benefits to those who were exposed to Agent Orange and later developed glioblastoma. VA has consistently strayed away from doing so, but advocates are hoping there is potential to revisit the issue following the death of United States Senator and Vietnam Veteran, John McCain, who also suffered from this condition. In July of 2017, McCain joined the rapidly increasing number of Vietnam Veterans to be diagnosed with glioblastoma. VA data shows more than 500 Vietnam-era Veterans have been diagnosed with glioblastoma at VA facilities since 2000. This does not take into account the unknown number of those diagnosed at private facilities as well. McCain passed away in August of 2018, eleven months after his diagnosis. Since then, there has been growing support among widows of Vietnam Veterans to add glioblastoma to VA’s list of presumptive conditions associated with Agent Orange exposure.

Currently, Vietnam Veterans have to fight for VA disability compensation for glioblastoma on a case-by-case basis. Specifically, they must prove their glioblastoma was at least as likely as not caused by their exposure to Agent Orange. These efforts to establish service connection on a direct basis have mostly resulted in denials. VA has indicated the department does not recognize a connection between Agent Orange exposure and brain cancer at this time, but is examining the issue further in light of the questions that have been raised. In March of 2017, VA asked a National Academy of Medicine panel studying the effects of Agent Orange to focus special attention on glioblastoma although previous reports by the group have not found a connection. VA is also asking about brain cancer in a wide-ranging survey of Vietnam Veterans.

VA’s adjudication of claims for glioblastoma based on Agent Orange exposure has been inconsistent over time. Between 2009 and 2017, the Board of Veterans’ Appeals issued more than 100 decisions in cases in which widows have appealed benefit denials related to their husbands’ brain cancer. Of those decisions, about two dozen were granting benefits. In those favorable outcomes, VA noted that glioblastoma was not recognized as a disease that automatically warranted benefits linked to Agent Orange but that current medical research has shown a causal relationship between herbicide exposure and glioblastoma. Importantly, this finding is contrary to VA’s official policy. Advocates continue to push for presumptive service connection for this condition in order to provide relief to a growing number of Vietnam Veterans and survivors.