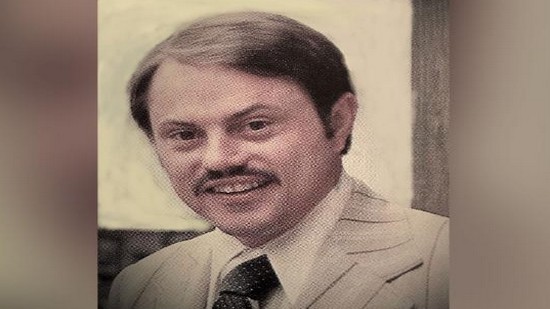 Bill Ebeltoft's life could be divided into three parts: before the Vietnam War, during the war and after the war.

That's how Paul, Bill's younger brother by three years, chose to approach his obituary -- which was published in The Dickinson Press, the local paper of Dickinson, North Dakota, where Paul and Bill grew up.

But, as Paul eloquently begins in the obituary, Bill first lost his life in Vietnam.

"Before Vietnam, Bill was a handsome man, who wore clothing well; a man with white, straight teeth that showed in his ready smile," Paul wrote. "A state champion trap shooter, a low handicap golfer, a 218-average bowler, a man of quick, earthy wit, with a fondness for children, old men, hunting, fast cars, and a cold Schlitz. He told jokes well."

From here, Paul takes the reader on a journey. He spends little time on Bill's actual service in Vietnam -- Paul wasn't a Veteran and didn't feel like he could personally speak to the experience, he told CNN. But it was important to him to focus on who Bill was, and what he became when he returned.

"After being discharged as a decorated hero, Bill had a rough reentry into civilian life. It is not necessary to recount Bill's portion of what is an all-too-common story for wartime Veterans, particularly those of the Vietnam era," Paul wrote in the obituary. "It may be sufficient to say that after a run at business, a marriage and while grappling daily with his demons, his mental faculties escaped him."

A 'drastically different self' after Vietnam

In Paul's retelling, though, the details of Bill's unraveling are left vague. He mentions that his "shaky grip on physical health ... slipped through his fingers." He spends some time recounting his inability to comprehend the passing of time, writing "Bill denied that anyone he loved had died; could not understand why anyone would fill with gas at four bucks a gallon when "Johnny's Standard sells it for 27 cents;" and still "drove" his 1968 Dodge Charger."

"Anyone who knew Bill before (the war) would have watched as his family did in dismay, sometimes in horror even, at the decline of a talented, friendly, outgoing, intelligent man into not a lesser self ... but a drastically different self," Paul told CNN.

But Paul doesn't diminish his older brother. He instead chooses to remember Bill in the way he thought of himself.

Toward the end of the piece, he writes: "Bill was always a proud man, remembering himself as he was in 1969, not as he became. Who are we to suggest differently?"

When asked about this line, Paul recalled a story about a moment that occurred between Bill and a nurse at his Veteran's home in Columbia Falls, Montana -- where he'd been staying since 1994.

The nurse had just moved to Montana from Kentucky, a fact she had mentioned to Bill. One day, while at work, she was feeling particularly lonesome and sad, for a reason Paul didn't mention.

Bill noticed. He started singing "My Old Kentucky Home." He wasn't known for his voice, but Bill had been a willing singer, Paul said.

He imagines Bill's voice must have been quiet, a little gravelly. But he went through all the verses: "Oh the sun shines bright on my old Kentucky home / Keep them hard times away from my door."

The nurse was moved to tears.

"He wanted to cheer her up," Paul said, finishing the anecdote. "And if you had looked at him, you wouldn't have imagined anything behind the eyes. But there was."

Paul's words have resonated with many

Since publishing the obituary, Paul has received many emails from people he doesn't know, he said. They tell him his writing touched them, speaking of their own relatives and friends with troubles similar to Bill's.

The effects of the Vietnam War, and the way Veterans were treated upon their return, have lingered with so many people, Paul said. His brother's life fell apart afterward, and his wasn't the only one.

"That's a sadness," Paul said, when speaking of the difficulties Vietnam Veterans faced upon returning home. "And I hear that sadness in the responses I've gotten."